EPA… it is illegal to modify your car for racing! 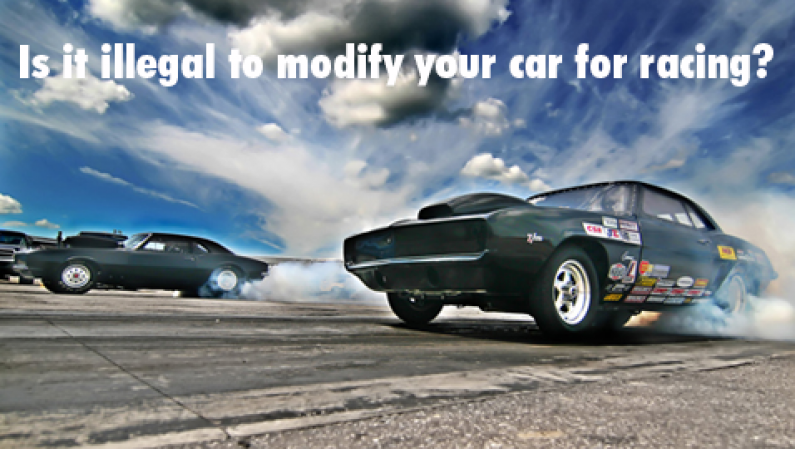 A proposal by the Environmental Protection Agency could mean bad things for racers and car enthusiasts across the United States. According to the Specialty Equipment Market Association (SEMA), the EPA wants to make it illegal to modify your roadgoing car for racing, and could even prohibit the sale of aftermaket parts that mess with emission control devices.

Tucked away in an EPA proposal titled Greenhouse Gas Emissions and Fuel Efficiency Standards for Medium- and Heavy-Duty Engines and Vehicles—Phase 2 is a section that indicates this sort of vehicle modification is a violation of the clean air act. Here’s the exact wording, found on page 862 of an official EPA document:

Included in a 629-page EPA/NHTSA proposal to regulate CO2 emissions and fuel consumption in medium- and heavy-duty trucks is an amendment to a prior EPA ruling that states “Certified motor vehicles and motor vehicle engines and their emission control devices must remain in their certified configuration even if they are used solely for competition or if they become nonroad vehicles or engines.”

As interpreted by the Specialty Equipment Market Association in a press release earlier this week, that meant an overall prohibition of vehicles originally designed for on-road use being converted into race cars, an interpretation that SEMA claims will severely curtail the $36 billion automotive aftermarket parts industry.
EPA is proposing in 40 CFR 1037.601(a)(3) to clarify that the Clean Air Act does not allow any person to disable, remove, or render inoperative (i.e., tamper with) emission controls on a certified motor vehicle for purposes of competition.

SEMA met with the EPA to confirm the agency’s intentions, and issued a statement saying, “The EPA indicated that the regulation would prohibit conversion of vehicles into racecars and make the sale of certain emissions-related parts for use on converted vehicles illegal.” The association added, “SEMA will continue to oppose the regulation through the administrative process and will seek congressional support and judicial intervention as necessary.”

Cars used exclusively for racing have not always been held to the same emissions standards as their roadgoing counterparts. This EPA document outlines exactly how the Clean Air Act applied to cars used exclusively for racing, as well as new cars the EPA and various automakers classify as “competition” models. Here, it was simply not allowed to modify cars that would be used for both competitive and recreational use.

“This proposed regulation represents overreaching by the agency, runs contrary to the law and defies decades of racing activity where EPA has acknowledged and allowed conversion of vehicles,” said Chris Kersting, president and CEO of SEMA.

The EPA is expected to publish its final regulations in July. Scroll down to read SEMA’s official statement.

Ask the EPA to Withdraw its Proposal Now!