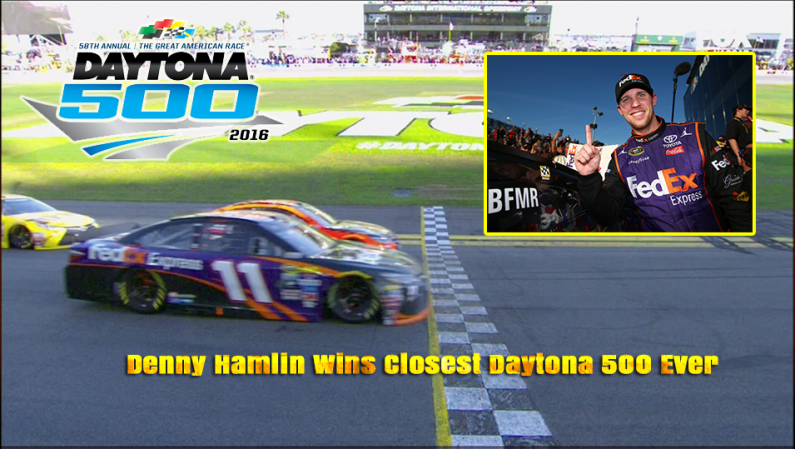 DAYTONA BEACH, Fla. — Denny Hamlin earned his first Daytona 500 victory in the closest finish in the race’s storied 58-year history, pushing his No. 11 FedEx Toyota ahead of Martin Truex Jr.’s Toyota at the finish line by one-hundredth of a second (0.010) — a half-foot winning difference in NASCAR’s most celebrated event.

Hamlin, 34, called it the “biggest race of my life,” and was still shaking his head taking it all in as he spoke to reporters amid the falling confetti and loud celebration in Daytona International Speedway‘s Victory Lane.

The two cars crossed the finish line simultaneously, and it wasn’t until NASCAR made the official call and television replayed the finish before most people — in the pits and the grandstands — were certain who had won.

“I had no anticipations of winning this race on the white flag lap,” Hamlin said. “I didn’t know we had won. I knew it was close. I saw the pylon change and blink at the last second with the 11. I heard people on the radio crazy and excited and assumed we won at that point.