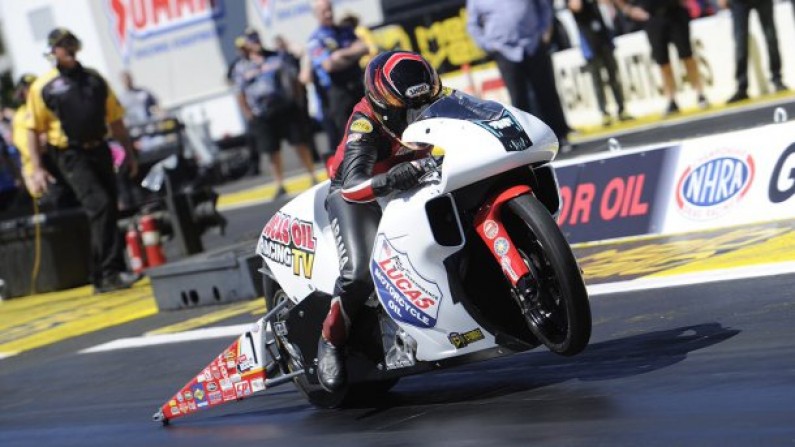 Hector Arana Jr. didn’t win the NHRA Gatornationals in Gainesville, Fla., over the weekend, but he did accomplish history.
The Pro Stock Motorcycle racer became the first one to breach the 200 mph barrier during qualifying Friday, seven years after Eddie Krawiec busted the 199 mph mark.
Arana previously set the record at 199.88 in 2015, and won a $10,000 award from Denso Auto Parts for breaking the record of  200 mph. In 1992 Kenny Bernstein got to 301.70 when the series still ran a full quarter-mile at Gainesville. Unfortunately for Arana, he was lost in the first elimination round on Sunday, which was won by Krawiec which only got to 199.76 mph.