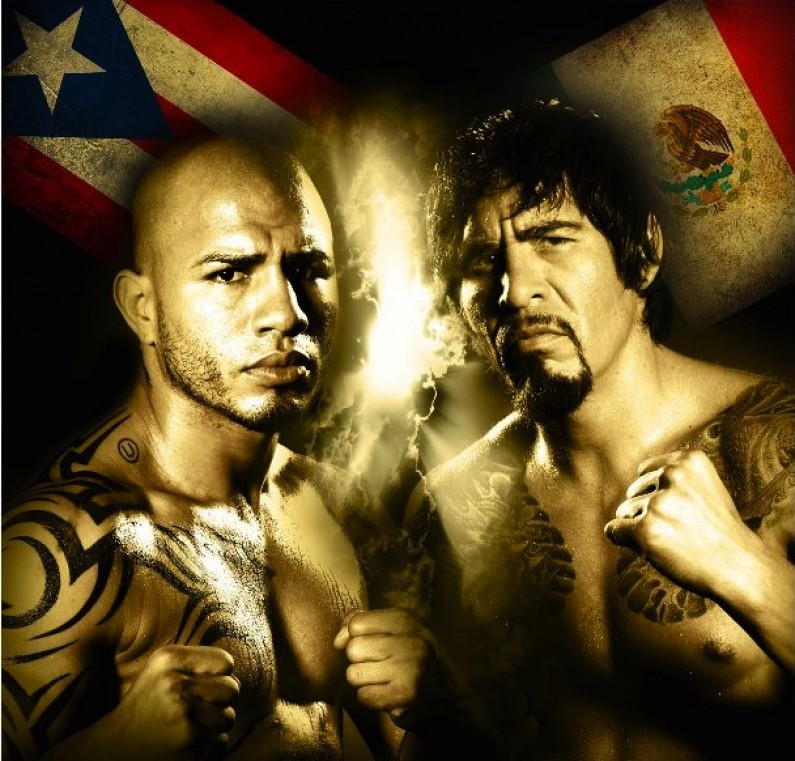 The two fighters who Manny Pacquiao gave his most severe beatings yet will meet this December 3 in a still to be planned venue. Miguel Cotto and Antonio Margarito, who waged a blistering â€” and ultimately controversial â€” slugfest in 2008, will meet in a rematch on December 3.

Cotto vs Margarito II will take place either at New Yorkâ€™s Madison Square Garden or the MGM Grand in Las Vegas. At stake are the WBA and WBC Light Middleweight title belts.

Margarito is lucky he is able to fight after suffering a severe injury to his right eye during his lopsided decision loss to Manny Pacquiao in November 2010. In that bout, Margarito suffered a broken orbital bone and also developed a large cataract in the right eye as a result of Pacquiaoâ€™s repeated blows.

Top Rank promoter Bob Arum hoped to make the rematch first in July and then in September, but the date was pushed deeper into the year so Margarito, who had surgery to remove the cataract in mid-May, could continue his recovery. The orbital bone has healed.

Cotto was similarly beaten to a pulp by Pacquiao on their November 2009 meeting. His eyes were almost shut due to the swelling and blood was flowing from his nose and cuts before the fight was mercilessly stopped by referee Kenny Baylessin the 12th Round.

httpv://youtu.be/_-izQ3m_a1c
Miguel Cotto and Antonio Margarito first met on July 26, 2008 at the MGM Grand in Las Vegas in a fight that was one of the most memorable battles of 2008 and one of best fights in the rich history of the Puerto Rico vs. Mexico rivalry.

In the first fight, Margarito defeated Cotto by brutal TKO stoppage in round eleven.

However, the win was eventually tainted because before his next fight, against Shane Mosley, Margarito was caught in the dressing room trying to wear loaded hand wraps containing illegal pads coated in a plaster-like substance. Mosley eventually knocked Margarito out in the ninth round and Margarito subsequently had his license revoked.

The hand-wrap scandal continued to swirl around Margarito, who was not licensed to fight in the United States until Texas granted him one for a November bout against Pacquiao. In their fight for a vacant junior middleweight belt, Margarito lost a lopsided decision and suffered the injuries.

Cotto, moved up to junior middleweight in June 2010 and stopped Yuri Foreman in the ninth round to win a 154-pound title, which he defended March 12 with a 12th-round TKO of former titleholder Ricardo Mayorga.