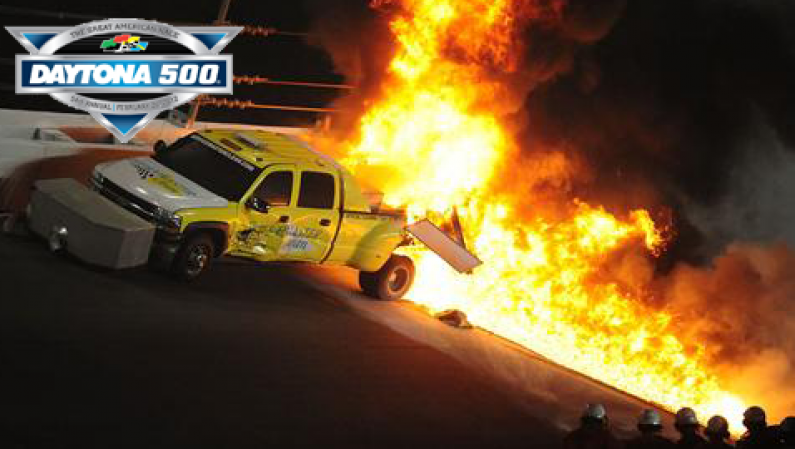 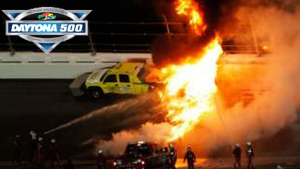 The Daytona 500 has been halted by a fiery explosion caused when Juan Pablo Montoya slammed into a jet drier under caution.
Something inside Montoya’s car broke, leading to the crazy chain of events. Montoya had been complaining about a vibration when he suddenly lost control and crashed into a jet dry truck that was on the track, he was able to get out of his vehicle on his own. The driver of the truck also got out as his truck burned.
Montoya was released from the track hospital. The truck driver was taken to a hospital.
At this point, the SAFER barrier is melted, and the track may be too. The fire burned for at least a few minutes as jet fuel coated the track, causing who knows how much damage. Dave Blaney leads with 40 laps to go