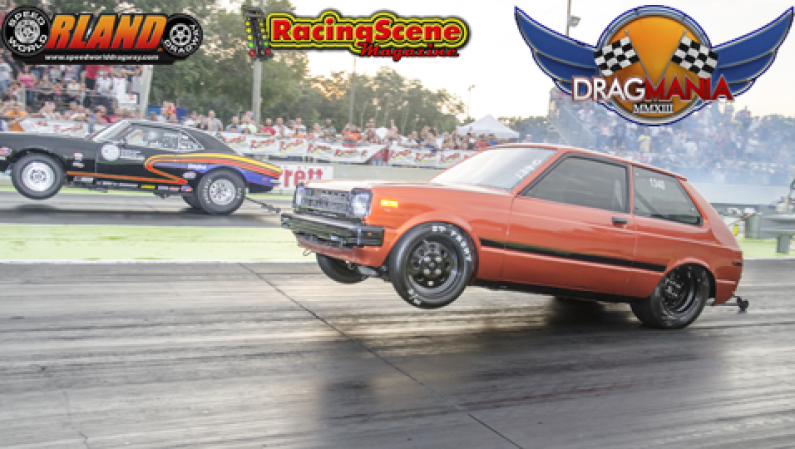 07/28/13 4:30Â UPDATE: Isaias Rojas looses control of his car andÂ hits the Christmas tree, Everybody is OK. There was no more racing after, a rainout stopped allÂ the track repairs. Last photos coming soon!

07/28/13 UPDATE: Sun 28 even bigger crowd than the previous dayÂ some of the fastest carsÂ in the world compete forÂ thousandsÂ in prices. V8, Sport Compact, fast street cars and bikes are having a field day. Still at 2:30pm there is a line to get in allÂ the way to hwy 50.

07/27/13 UPDATE: Sat 27 was a sellout, thousands of fans crowded the Orlando Speed World track, some waited over 3hrs to get in. Sunday is the concert and the finals, It will be pack!! Come in early. All Photos posted.

The most talked about automotive event in the American nation â€œDragManiaâ€, will bring the biggest storm of acceleration of the â€œDrag Racingâ€ sport to Orlando, FL this upcoming July. Don Omar, who to this type of activity in which he is forced to combine his greatest passions, will assume for the third time during the year the role of special event organizer together with Rafael Pina Nieves â€˜Raphy Pinaâ€™.

This will be the first appearance of the singer on the track after having won his last competition in â€œTexasMotorplexâ€, where he won the respect, affection and applause of all after being crowned the champion with his new car â€œMr Presidentâ€. Once again the most popular voices of urban music at the moment will reunite, but before the fun, the attendees will enjoy a close competition that will bring together the fastest cars of the moment in the world of â€œDrag Racingâ€.

Itâ€™s precisely that what â€˜Don Omarâ€™ has turned his idea born in 2011, a â€˜Music & Drag Racing Festivalâ€™ that has been given the task of traveling the most important tracks in the United States. This edition of â€œDragMania 2013â€ (the third) so far this year, has a special significance, both for â€˜Don Omarâ€™ who will work alongside â€˜Raphy Pinaâ€™ as coordinator, as well as for those who will be involved in the agitated production process.

httpv://youtu.be/RA-akZ5RaK8
Don Omar will have the joy of bringing his event to Orlando, FL on July 27th and 28th, place where thousands of students who form part of the academic institution which he maintains a strategic alliance â€˜Mech Tech Collegeâ€™ live. The singer and race car driver, will resume his studies this year in the Mech Tech Orlando campus, all as part of continuing shaping his technical skills. In addition, the singer will have the opportunity to reconnect with old colleagues in the sport.