Miguel Cotto knocks out Delvin Rodriguez in round 3 @ Amway Center in Orlando, FL 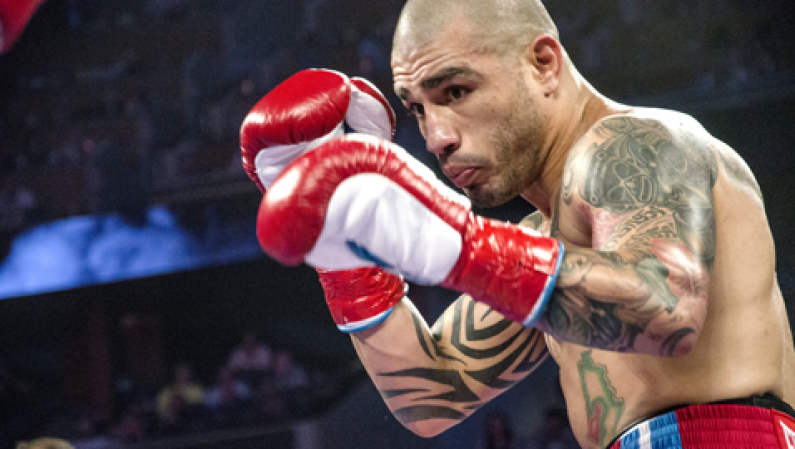 Twelve years after making his professional debut, three-division world champion and the Pride of Puerto RicoÂ Miguel Cotto just coming out off two losses, took controlÂ from theÂ first round with left hooks to the body. Continued on theÂ 2nd round with even more brutal blows to the body, Cotto ended the round with a combination that left Rodriguez shaking his head.Â Cotto capitalized on the 3rd, knew it was overÂ for Delvin, it took Cotto only seconds into the 3rd to end the fight with a hook-straight combination followed by another big left hook. Referee Frank Santore Jr. stopped the fightÂ at 0:18 of round 3 to protect Rodriguez from more unnecessary punishment, obviously it was over.

“It was a great performance. Anyone who wants to fight off the ropes with a guy like Miguel, it’s just a matter of time,â€
â€œThe body shots broke him down, and the head shot knocked him out.â€

With the win, Cotto raised his record to 38 wins against four losses with 31 of his wins coming by way of knockout. Rodriguezâ€™s record fell to 28 wins with seven losses and three draws.