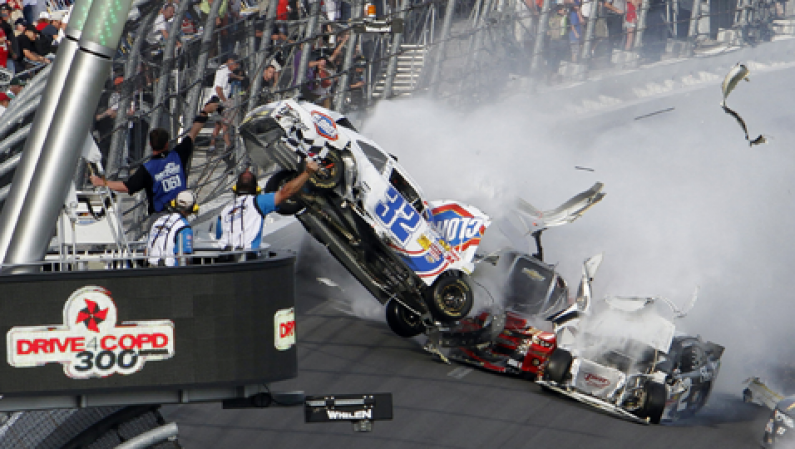 DAYTONA BEACH, Fla. (Oct. 24, 2013) â€“ NASCAR announced today that beginning in 2014, the sanctioning body will mandate pre-season neurocognitive baseline testing as part of its comprehensive concussion prevention and management program for all of its national series drivers.

At the start of this season, NASCAR recommended that drivers who did not already have a baseline test secure one, while also indicating that a pre-season baseline mandate could become effective as soon as next year.

Baseline testing will be performed through the use of an ImPACT (Immediate Post-Concussion Assessment and Cognitive Testing) test, which is a widely-used neurocognitive assessment tool. The result of neurocognitive testing is one factor out of many that doctors use to diagnose and treat concussions. This particular test evaluates an athleteâ€™s verbal and visual memory, processing speed and reaction time.

By performing this test prior to the start of a season of competition, doctors are given a snapshot of an athleteâ€™s brain function while in a healthy state. Doctors can then use that baseline to compare to post-concussion tests to assist them in both evaluating the effects of any injury and informing their decisions to return an athlete to competition.

â€œNASCAR made this decision because we think it is important to driversâ€™ health for doctors to have the best information and tools available in evaluating injuries,â€ said Steve Oâ€™Donnell, NASCAR vice president of racing operations. â€œBefore announcing this rule, we provided drivers concussion and baseline testing education and created opportunities for them to ask any questions they may have to a top neurosurgeon that specializes in traumatic brain injuries. Also, remember that ImPACT tests are not new to our sport and have been used for treatment through the years.â€

Since NASCARâ€™s recommendation prior to the start of this season, drivers were invited to two concussion education sessions featuring Dr. Vinay Deshmukh, M.D. of Carolina Neurosurgery & Spine Associates, a member of NASCARâ€™s Medical Advisory Group of Consulting Physicians. At those sessions, drivers were presented with an overview of what concussions are, their causes, treatment and the role that baseline tests play in the comprehensive evaluation of concussions.